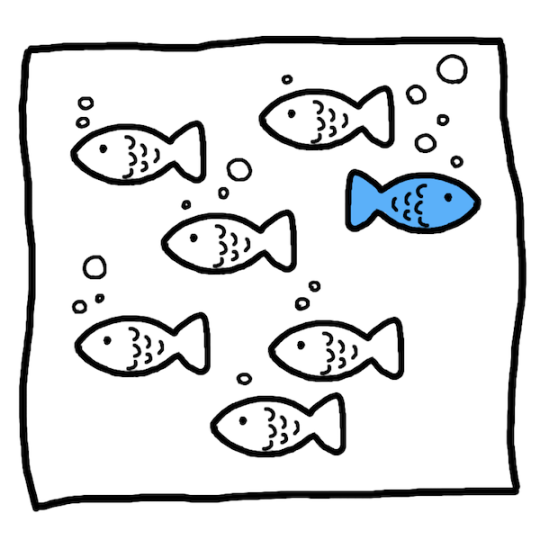 Focusing on the product is the key to success, no doubt. But clear product vision is very closely connected to marketing and here is where many developers fail miserably. Working with dozens of mobile app and game devs in the past year has shown me some patterns of the most common marketing sins. Here are 11 of them:

The most shocking to me is the frequent absence of the selling proposition. It’s the essence of the game’s uniqueness in one sentence, the “why” when giving players or users a reason to download your software product. This should be the very beginning of the development process and serve as a sort of “lighthouse” when directing your game design and production. Here are some examples of USP’s:

“Octagon is a minimal arcade game with a maximum challenge.”

“Dead Effect 2 is a mobile shooter bringing rich gameplay and an absorbing atmosphere you would expect only on PCs and consoles.”

2. A vague definition of the target group

Are you targeting casual, mid-core or hard-core players? What are their gaming habits? How do they spend money on their favorite games? And which games are they playing these days? Sounds simple but you won’t believe how rarely I see a clear answer to this essential question. Having a clear persona in front of your eyes during development helps solve several game design questions and once the game enters the soft launch, marketers know who they need to reach and how they can be reached. Here is an example of the core target group for Ocean Blast:

“Mature women 45-55 years old from the US who play mostly in the late afternoons or while commuting. They love the match-3 genre, casino & slots and hidden object games. They are loyal and the size of the content matters to them a lot. They originally played on Facebook but are now switching to mobile and very often play on tablets. In general, they are above average spenders and play mostly on the iOS platform.”

Category research should come before writing the first line of code. It means you should check your competitors, trends, leaders but don’t forget the financial metrics either. Use AppAnnie, Priori Data, ThinkGaming or some other similar store intelligence to understand the download volume and mostly the revenue per category. You might soon realize that, for example, trivia is amazing in terms of downloads but very bad in monetization. Therefore, you immediately have to focus your game design around mobile ads as the main revenue stream. Otherwise, you might have to kill the game concept and move on to a financially more perspective genre.

4. Missing the F2P and premium difference

A premium game has to be “sellable” with a few screenshots. Not every concept is visually strong enough to achieve that. In terms of production, create a vertical slice as soon as possible, submit it to several contests and start building your community as well as creating a dialogue with Apple and Google. Together with the cross-promotion and focusing on virality, it’s basically all you can do in regards to marketing your game.

The freemium model offers more possibilities and it’s about the optimization of the funnel and tweaking the economics. The main growth engine is usually paid acquisition. Therefore, it requires descent cash in your account but the revenue potential is way ahead of premium games.

5. Launching on many platforms

The Unity engine has significantly changed the development as it’s super easy to create cross-platform games. Because of that, many developers strive to launch on several platforms at once causing them to totally miss the specifics of iOS vs Android or even Steam. iOS users are usually fine to pay upfront. Google hardly supports paid games at all. Steam users hate mobile ports and require a much higher production value.

I strongly recommend picking one primary platform based on research. Check the data from previously mentioned store intelligence tools and compare the estimated revenue of your main competitors on all platforms and then analyze the differences between game versions. If you have a small team, decide on one platform and enter the others only after establishing a strong brand and a vibrant community.