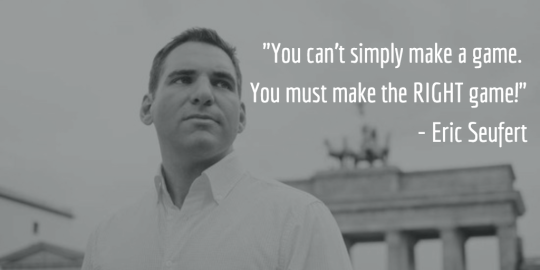 The cost of producing a mobile game has increased dramatically, and so have the marketing costs associated with getting your game noticed. Big publishers like Kabam work with strong IPs – Marvel in this case – and budgets of around $14M per game. They also have a large user base waiting for new titles. If you’re looking to compete with these industry giants, it’s vital to start the journey by heading in the right direction.

Here are 5 tips on how to research the market and evaluate the viability of your business prior to commencing development.

About a year ago AppAgent worked on the marketing of the game code-named ‘Gods&Guilds’. It’s a building strategy game similar to Clash of Clans, but based on the Norse mythology.

The first thing to do if you have an idea for a new game is to check Google Trends to understand how similar games are performing. Are they fading in search popularity or still going strong? Rankings in AppAnnie can provide similar insights.

The trend will help you understand whether your new game will be timely or late to the market. Over time, players’ tastes evolve, and with product development taking between 1 to 2 years you don’t want to waste your time developing for an audience that is shrinking. In this case, the popularity of CoC has declined as Clash Royale has grown,  demonstrating a shift to more casual and fresh format addressing a larger audience. Of course, it’s entirely up to you if you prefer a more niché, or ‘hard-core’ game genre than a mass-market casual approach, but by studying the trends at least you will know.

Next you should estimate the business potential of each platform. Priori Data or other market intelligence tools provide a comparison of downloads and revenues per platform. For Gods&Guilds we identified that, while iOS accounts for 36% of downloads and nearly half of the revenue in strategy games category, Android generates large enough revenues for it to be used as the first platform, enabling us to scale faster and at a lower Cost Per Install, which is an important factor for a multiplayer game.

Also, it’s interesting to analyse the average revenue of games at the 10th rank, 50th rank and 100th rank in the top grossing charts. This helps you to understand the monetary chart curve and see if you can earn enough money, even if you aren’t able to reach the popularity of a game like Clash of Clans.

Step 2: Identify the performance of competitors

Once you feel that the selected genre has potential, it’s time to look at the competition.

For a better understanding of Gods&Guilds we compiled key metrics in a simple table and then visualised main characteristics of the game’s competitors on a matrix chart. Here we can see that Clash of Clans operates in a completely different league. Even other big games have much smaller download velocity and an average ARPU of around $3.50. In terms of visuals and concept there’s a big space for an isolated game play with realistic visuals.

The result of this step is to help you find a unique position and to bring something new to the market. In Gods&Guilds the approach was to build an army of heroes from Norse mythology and focus on multiple game modes, yet the existing stylized visuals conflicted with many other games on the market.

Personally, my favorite part is the analysis of the audience because it helps to form a clear player profile. It’s the foundation for the product but also informs the design, the store listing, creating targeted paid ads and creating a compelling advertising message.

The best starting point is Facebook Audience Insights where you can select top games or apps in your segment and analyse audience by gender, age, status and even affinity to other fan pages. Facebook also conducted a segmentation of gamers which can serve as an inspiration how to think about user personas. It’s a little outdated, but it’s still useful.

You should ‘dive deep’ into the details to understand what users like about specific games or apps, if they are social or competitive and if they have a disposable income. The last question can be partly answered using a market intelligence tool where you can divide the revenue by downloads per country/platform/category and get a “Purchase Index”. This value, combined with an estimated CPI and difficulty to reach top charts, helps you to pick markets which you can focus on after the global launch.

A critical part of target group research is an estimation of the market size. The trick is in using Facebook Ads Manager to play with overlaps of different groups and understand the audience size and profile, even on a country level. Even if you will use other ad networks such as Adwords or video networks, it’s a good starting point providing a relative comparison of market sizes. Just be aware of specific countries where Facebook competes with local giants such as VKontakte in Russia.

In the freemium world, the business stands or falls on the equation of Cost Per Install and Lifetime Value. If the LTV exceeds acquisition costs, you’re able to scale the user base and grow revenues.

The LTV calculation is a topic for a separate article which will follow in the near future as there are different approaches, methodologies and other elements of the model. To begin with you should start by calculating lifetime from expected retention benchmarks and multiply the value by desired Average Revenue Per Daily Active user. This doesn’t include any virality or organic uplift which differs by game genre, platform and country, but at least it gives you a basic understanding of the LTV component. For more about LTV read Yaniv’s post where are different calculators.

The part of acquisition costs is easier to estimate. We at AppAgent use two free data sources:

1) Chartboost CPI Index: this index is applicable for games only.  With a CPI of $3.48 in the US and Gods&Guilds multiplayer modes requiring a critical mass of active players it’s clear, we will need a big budget for the paid acquisition. The solution could be a focus at specific time zones to improve a “local” matchmaking in the game.

2) FB Ads Manager: to start the CPI estimation, select a list of your competitors using Interest targeting, pick a country and platform and check the suggested Cost-Per-Click. If you divide the suggested price by an estimated conversion rate in the store (for paid traffic this could be in average about 45% for iOS and 40% for Android if you don’t have own historic data) you get quite good Cost-Per-Install estimate. If some of your fellow devs have a game within your category, ask for Conversion Ratio Benchmarks in the Google Play Consoles under the Acquisition Reports tab. For Gods&Guilds the current estimate for the US male audience using Wi-Fi connection is $3.65 which creates high demand on the user lifetime value to operate profitable campaigns. Yet great mobile acquisition managers can drive the price lower, leveraging new formats, original creatives and smart approach to targeting. Also, big IPs significantly increase the conversion rate and drive the CPI much lower, a situation confirmed by Will Newell, former UA manager at Space Ape Games on Transformers: Earth Wars.

From this point on you can move forward and build your own growth model where you include paid and organic traffic (cross-promotion, word-of-mouth, even featuring if you’re confident to secure it). Once you add retention numbers and ARPDAU values you will get a possible financial outcome. A basic definition of a mobile growth model is described by William Gill at the Mobile Growth Stack web.

Step 5: Test the most appealing theme

Not many developers are aware of testing creative aspects of the game. Will Newell revealed at the AppAgent Academy that at Space Ape Games they’ve tested the name tagline of the Transformers game using Facebook Ads with CPM bidding. With three fan pages, the test used the same creatives but different product taglines. The winning name is well known today: “Transformers: Earth Wars”.

At Geewa, we recently proposed over 100 names for a new game. The final shortlist of four went to the Facebook test, where the main KPI was the Click Through Rate of a mobile ad showing the brand name as an artwork. My favorite ‘Smashing Four’ reached a CTR of 2.6% where others reached between 1.1% to 1.6%.

Pixel Federation went even further and tested the visual theme of an upcoming match 3 game. “We’ve used FB ads and Splitmetrics to measure both the ads CTR and the store conversion. The winning concept called Button Blast reached 1% better CTR. In terms of conversion rate it won with 25% by far ahead of the second concept Music Match with 17.5% and Yummi Blocks with remaining two below 12%,” said Matej Lancaric, mobile marketing manager.

With high development costs, brutal acquisition prices and fierce competition, it’s necessary to lower the risk of failure and be smart about your business decisions. With the free data and tools available you can find a much more direct route to the success.

These are just some of the things that you can do, and it’s likely that there are several other techniques out there that can help you to analyse the market and verify ideas. As a growth fanatic I would love to hear them.