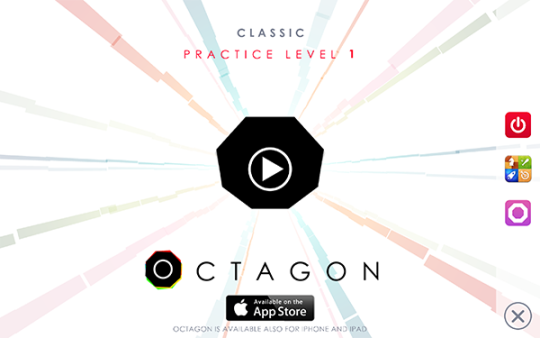 “App Store poverty” is a common problem which faces 95 % of developers. With 500 new iOS and 250 Android apps every day, it becomes extremely difficult not only to get discovered but also to monetize games well. Even with a massive number of downloads, such as with Mr. Muscle where we achieved 900K downloads in only 4 weeks, it was a problem to reach $10 000 in revenue with this type of game. This means App Store business requires not only creativity with regards to the game design but also in the monetization.

I don’t want to keep repeating the obvious about entering new stores (Play Store, Windows Phone Store) or educate you about segmentation and ads targeting. This post is all about the non-traditional ways which you probably haven’t even thought of before.

Developing with multiplatform tools such as Unity is a great strategy to leverage desktop builds. Place a desktop version of your game in the Mac App Store, Windows Store or even a link to a zip file on your microsite. Offer the game for free and cross promote your paid mobile versions in the game. Octagon for Mac reached 510 000 downloads and as a PC version, it was downloaded from www.octagongame.com 70 000 times without any promotion. Consider the conversion and you have made quite a bit of revenue all for free.

This is quite similar to the first tip: place a web build of your game on portals such as Kongregate or MiniPlay. You might also get some promotional support and reach a huge audience for free. Octagon has 40 000 plays at Kongregate and similar figures onMiniPlay, which is particularly strong in Spanish speaking countries.

Power of Logic, our first game, was “rented” to a mobile carrier T-Mobile in the early days of Flow Studio. We’ve redesigned the icon, localized the description and screenshots as well as offered this special version as an introductory app for the recently opened T-Mobile mobile apps portal. The rental covered the operations for the first two months of the company.

Jan Ilavsky, a successful indie game developer, scored a great deal with Starbucks last year. His game, Perfect Paths, was recommended by Apple to this coffee chain and the game became the Pick of the Week. You might find someone on a local level who could offer customers a special promo code for unlocking new content, special features or gifting virtual currency for free. Technologically, it’s super easy thanks to Batch, a great tool for running promotions.

Working for hire is still the safest way to earn money. Attracting customers with your own shiny app is much easier than to sell yourself without any track record. Although the Leap Motion controller was a flop, we were able to do contract work for the company’s headquarters, based on the quality of apps we’ve previously published in the Leap Motion app store.

If you have good traffic but poor monetization, why not promote other games with direct deals? You can place an icon of another game on the game menu or even show some interesting promotion after the game session. Each install might generate you money as well as revenue share.

Maybe you have a game which is loved by the Youtube community. Why not get some cash flow by monetizing walk throughs? Be the first who publishes a game play video with commentary, show secret tips, explain the trickiest parts and record wild multiplayer battles. Not only this will build great relations with your fans but it will probably save you some time in dealing with emails from your support. You could inject ads into videos and get paid for impressions.

You might end up in a situation where you’ve tried all the possible ways but nothing worked well. Then reach out to Fliptopia and sell your game to someone else. You won’t become millionaire but to give you an idea about possible earnings, we sold StyleBee for $6000 and Iconic for $8000.

The sale includes the transfer of the app on all platforms including ratings and reviews. The actual transfer is rather easy, it takes about 1 hour for both platforms together.

Do you have any other non-traditional monetization ways? Let me know what worked for you!