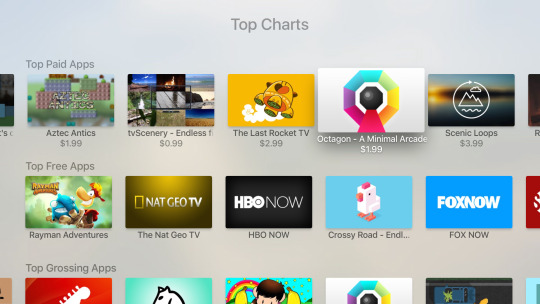 I’ve been discussing the soft launch data of a new mid-core game called “Tiny Miners” with my friends at About Fun and we just ran a second round of acquisition focusing on retention and optimizing difficulty. “Compared to Tiny Miners, how was your initial D1 and D7 retention in Mega Dead Pixel [the App Store’s Best 2013 game]?” I asked Peter Vodak, the CEO. He then laughed and replied “Well, at that time, we really didn’t know what was a ‘soft launch’.” This greatly illustrates how much the situation has changed. I’m not exaggerating when I say that skipping a soft launch in 2015 is suicide. It’s all about risk reduction and I fully understand why both Apple and Google ask developers for soft launch data for featured consideration.

A typical indie developer is aiming for a featured spot and believes in longtail organic sales. Except for the initial PR, community on forums and some cross-promotional activities, there isn’t much that really drives marketing. Jyri Kilpeläinen (Kiemura) showed the very same curve for Tiltagon as Martin Macmillan from Pollen VC at PocketGamer Helsinki in mid-September – it’s the classic up & down trend.

Because indies don’t care much about measuring and increasing a lifetime value as well as using paid acquisition, then there is only virality to worry about really. soft launching the game helps to optimize onboarding, increase retention, improve monetization and also helps with understanding who your players really are. How can you expect to succeed without this information?

soft launch is basically running the game in selected countries, measuring KPIs and improving the game in cycles. You should focus on those six things in chronological order (except for point 6 which is ongoing right from the start).

1. Onboarding process: How do people progress in the first game session? Do they finish the tutorial? Where are drop offs?

2. Retention: D1, D3, D7 and D30 retention rates are the most crucial figures you should focus on.

3. Difficulty: Balancing the difficulty or even introducing dynamic difficulty.

4. Monetization: Average Revenue Per User, ARPDAU, conversion rate to paid and Life Time Value are KPIs which will earn your salary.

5. Virality: Do people share your game? When and how much? Eric Seufert, VP of user acquisition at Rovio, believes that every share lowers your acquisition costs and he adds that “Virality is the king!”

6. Marketing: The important part of the soft launch is to test different advertising messages (visuals and texts), different targets (interests, age, gender…), ad networks (Facebook, AdWords, Chartboost…) and advertising formats (interstitials, videos, length of videos etc.). Developers with bigger budgets should test scaling as well to be sure that later they can run large UA campaigns at expected costs.

Typical soft launch countries are English speaking regions such as Canada or Australia. As you can imagine this increases CPI way above $2,50. I recommend a smarter strategy:

– For initial bug fixing, use your home country if you aren’t in a Tier 1 country (basically all English speaking countries). It’s the easiest way to spread the word and the fastest to clarify problems with users.

– For measuring retention, pick a region such as Singapore where people speak English well but the install is for a 1/3 of the price. For example, we also tried the Netherlands for Tiny Miners and Chillingo soft launched their game called “Iron Force” in Russia because of the good market fit.

– If you have an existing user base from previous games, use cross promo and soft launch even in countries such as Argentina or Turkey. That’s the case with the game called “Pool Live Tour 2” by Geewa where we try to get most of the existing engaged communities.

– Once you progress to monetization in soft launch, add a Tier 1 country like Canada and for comparison maybe a country like Sweden which is also a high monetizing country, but quite expensive in terms of CPI.

This strategy will reduce your costs for user acquisition and you will also have a more complex understanding of the different markets.

The actual soft launch strategy depends heavily on your budget. The more users you can acquire, the more data you will have. It is especially important for measuring monetization to have a solid number of DAUs. Take into consideration a 5% conversion rate and statistical errors and you should have thousands of active users to make meaningful conclusions.

As a mobile marketing manager, I’m currently working with three studios who soft launch their games. And guess what? All of them have limited resources. Not everyone can acquire 2000 new users a day like Wooga did when Jelly Splash was soft launched in 2013. With Pandastic Games, Geewa and About Fun we are running something I call “waves”: targeted user acquisition boosts of about 500 users a day for a series of 3-4 days in a single country. The minimum sample size per new release should be 1,500 players according to Jesse Divnich, the CEO of Tilting Point. So, how do “waves” work?

1. We acquire users by cross promo/FB/Chartboost etc. in a “wave” of 3-4 days

2. We analyze data and come up with a plan on how to improve the game

3. Integration follows, both in code and graphics

4. We submit a new build, wait for approval and run a new UA wave

5. We measure data again and analyze the changes to see if it has solved the previous problems.

It’s a classic Lean Startup Machine loop Build-Measure-Learn. I recommend focusing on onboarding, retention and virality on Android as the quick build approval in the Play Store saves tons of time. For monetization, is very good idea to run a test on both platforms as iOS could monetize 5x better than Android. Ocean Blast (Play Store, App Store) has a 10% conversion rate to paid on iOS and 2.5% on Android which could screw up the data if you focus on just one platform.

The average game is in soft-launch for 77 days and Jesse Divnich recommends spending 50 to 100 days in soft launch. In general, launch when you feel the game is performing as you want and it’s possible to scale your marketing activities with a positive ROI.

I’ve mentioned in the opening paragraph that both Apple and Google ask developers for soft launch data. For Google, this is deep in their company’s DNA. Having good data is a must for Google business development managers to consider the game for any featuring. For Apple, this is also important. However, with exception to the Editorial Choice, it is not a must. Once you have good figures, share them with decision makers, as it will help you a lot with getting “social proof”.

It’s sure that the strategy I’m using isn’t the only one possible. I would love to hear your opinions, tactics and tips. Please share it with readers so we can learn from each other. If you want to discuss something or you need help with your game, feel free to reach me at petr.fodor@flowstudiogames.com.