A guide to cross-promotion: how to increase installs for your mobile game for free 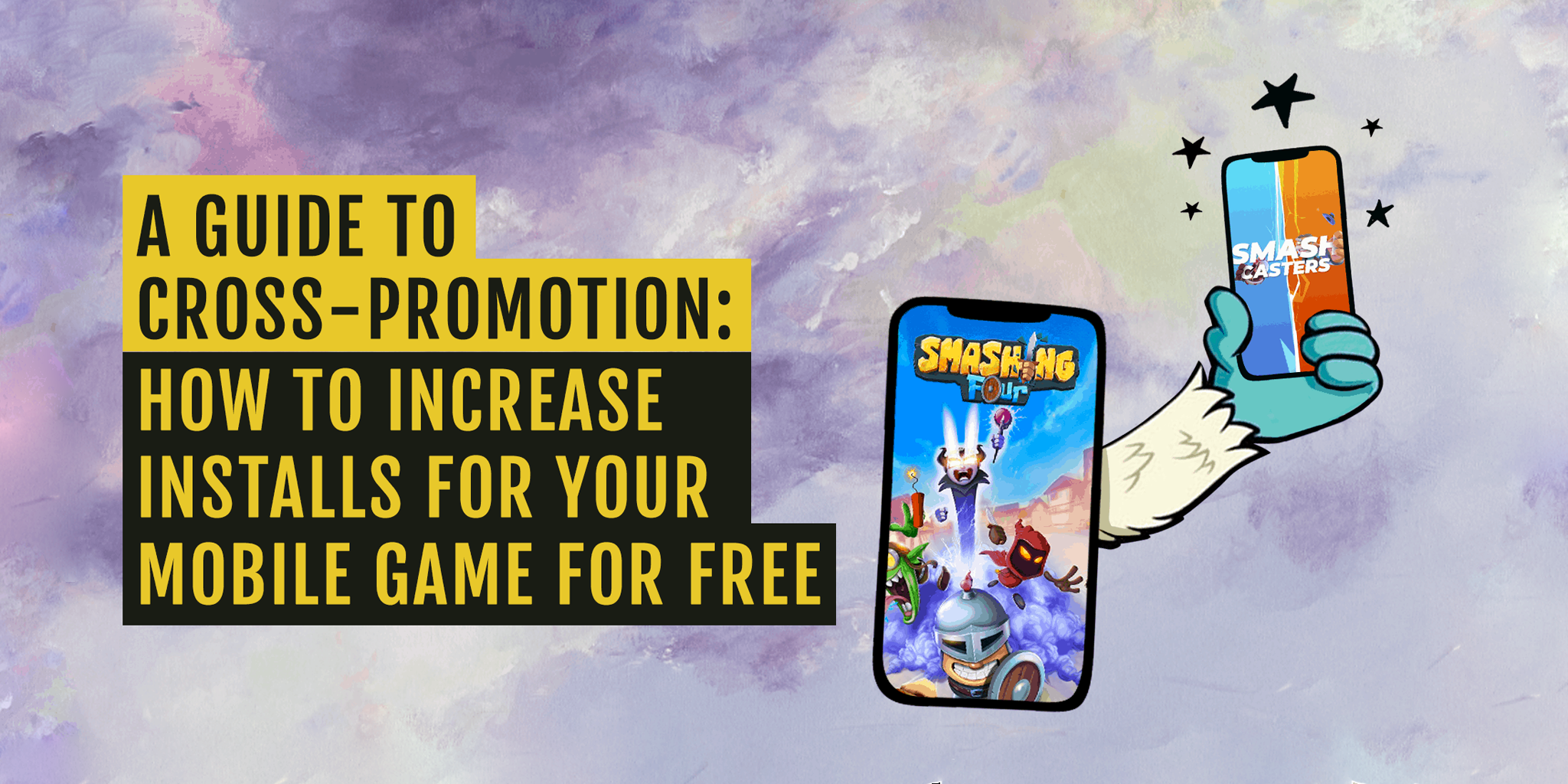 In this article, I have summarized my learnings from running cross-promotion strategies at games publisher EA for two years. During that time, I worked with four games studios and successfully promoted 12 games. The result: two successful game launches, a constant stream of new installs and an increase in revenue year-on-year. Here’s how I did it.

At some point, users will churn from your mobile game, whether it’s because they get bored, it becomes too difficult, or they simply run out of time to play it. As a publisher, you can use internal data and see where and when the majority of your users are churning and use this insight to try and understand why they are leaving.

At that moment, you have three options depending on your resources:

Cross-promotion is the process of promoting adverts of your games within your other games. The main goal of cross-promotion is to keep users playing games produced by your company. This should maintain and increase your overall revenue.

Here is an example of a four-stage cross-promotion user journey: 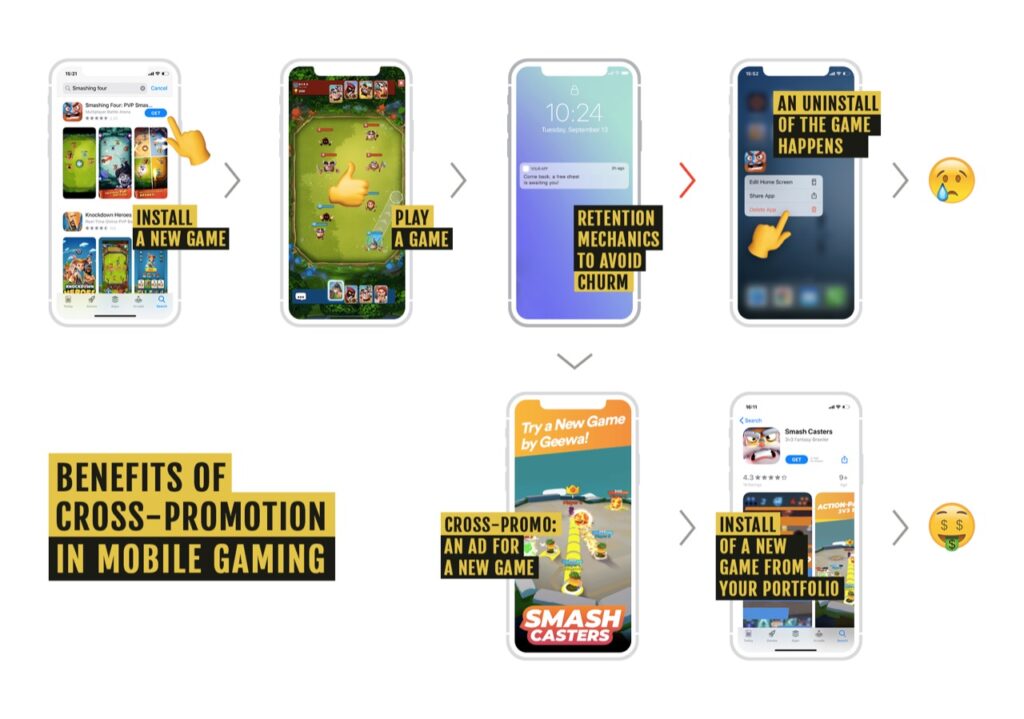 If you have published multiple games, you can leverage cross-promotion opportunities to keep users playing your games.

Quick overview on how to get started cross-promotion

1. Getting started with cross-promotion campaigns

You should have at least one dedicated person to manage cross-promotion campaigns full-time. They are typically internal but may be external depending on the size of your company.

Ideally, you should also have a dedicated designer to develop specific creatives and a strategist to help with setting campaign objectives and to manage any potential difficulties with the external tools (mobile attribution, campaign management, lifecycle tools etc.). However, all of these tasks can be undertaken by just one person if required.
Note: When speaking about ad creatives, you can get inspired by an ACE framework for efficient ad production here.

2. Setting priorities of what games to promote and where

It’s best to look at this from two perspectives: one is the promoted game, and the other one is the ‘source’ game, where you cross-promote the other.

When it comes to choosing which game to promote, look for the game that generates the most revenue and start promoting it. You should give priority to games with upcoming significant updates or new game launches which may benefit from a kick-start. We’ve based this on the assumption that big updates or game launches will significantly increase your revenue.

Determining the source game is more complicated, as you may migrate big spenders from this game to a different game, resulting in lost revenue. One viable solution here is to segment your users into paying and non-paying users. You should then only cross-promote only to the non-paying user base.

The source game DAU is another crucial factor. Considering the industry’s average conversion rate is at 1-2%, having a DAU of 2,000 generates just 20 new installs. This isn’t statistically significant. A DUA of above 10-20,000 should start generating some reliable results and should illustrate whether cross-promotion is viable for your business.

Naturally, people with a liking for strategy games could be interested in match-3 games, but promoting a match-3 game in another match-3 title is likely to generate more conversions and better revenue.

If you’re using paid UA, it’s likely that you are already using a 3rd party attribution tool. Make sure the games support it and that the user lifecycle management is integrated within it. You can read more about tracking tools (Mobile Measurement Partners, MMPs) in our in-depth guide here.

As a side note, deciding between D1-D30 revenue attribution should be based on game mechanics and how fast players start spending on your game. Another thing to consider is that after D30, you must attribute the revenue to the promoted game mechanics and not cross-promotion.

You should either develop a solution internally or use an off-the-shelf user lifecycle management tool. We recommend that you use Upsight as it has a simple interface, supports multiple types of ads, has A/B testing function and user segmentation capabilities.

Using an internal tool involves no additional costs as your existing developers can take care of it. You can update and customize it as you need. However, there is a risk that you may be slow to respond to changes, depending on the company’s policies and how many approvals you need for making alterations.

Realistically, you need at least two developers fully dedicated to the project (in case one can’t work unexpectedly, and you still need technical support for your tool). They are responsible for building it, keeping it updated and ensuring that there are no technical problems. Please note that depending on the tool, you may have issues with other game studios integrating it. This is the case for big companies that have acquired game studios and are implementing the same tool across the board.

There is a lower chance of experiencing technical difficulties when using a tried-and-tested paid-for tool. As well as monitoring, they can help improve your campaigns, using the data to make recommendations for better optimization of your campaigns, user segmentation and more. Most commercially available tools can integrate with all games currently available. The downside is the ongoing cost of the license and the investment of time and resources in training your staff to learn how to use a new piece of software.

A video for Covet fashion made by AppAgent could be used for cross-promotion with Design Home as both games share the same audience.

The simplest option is to re-use some of your existing paid UA adverts. Industry best-practice is to start with 4-5 creative initially and see which one performs best. Once you know which adverts generate the highest number of installs, you can begin iterating on it.

So, you’ve ensured that tracking is in place, your users are segmented, you have enough creatives in place, and you have determined a list of what games to promote and where. Now it’s time to get into the details of user-data.

Before jumping into user profiling and behaviour based segmentation, split your audience into two or three segments and build up additional audiences from there. By segmenting the users into a small number of audiences, you can generate impactful but straightforward insights. This information makes the process of building tests simpler, enabling you to validate your segmentation hypotheses.

A simple way to do this is to classify users by revenue, splitting them into spenders and non-spenders. Then further on, target spenders with significantly fewer ads compared to non-spenders. For example, cap your spenders’ campaigns at three impressions per week and your non-spenders at ten. In this way, you avoid losing high-revenue users to other less monetizing games.

Depending on your audience size, we recommend further targeting users by country, using local ads to engage them. Ensure that you exclude those users that have already installed the promoted game from your list.

Deciding campaign cadence requires an investment in testing, and is also dependent on your resources. Consider the following factors when deciding on how to optimize your campaign:

Testing: Test how fast installs, conversion rate and CTR decrease over time for the same campaign. Let’s take one simple example: you decide to promote your match-3 game within another match-3 title. You begin the campaign with two creatives. In the first week, you can measure the increase in installs to give you an idea of the CTR and CVR. Leave the campaign running for another two weeks to see how these metrics change over time. Based on the data, decide how often you need to update the campaigns.

Resources: Ideally, campaigns should be changed on a weekly basis. However, at EA during times when there weren’t the resources to do that, we would add four creatives in rotation and have a different one every week while promoting the same game. The metrics would decrease, but not as much as they would have if we had continued to use the same creative throughout.

Creatives optimization: On channels such as Facebook and Google Ads, creatives take about one month until they begin to lose their potency. In cross-promotion, as the user base is smaller, and your targeting capabilities are limited, the performance of each creative decreases more quickly. Because of this, you must change creatives every week to achieve the best performance. Another option is to start with 4-5 creatives and change the priority in which each one is shown from one week to another.

Revenue optimization: It’s crucial to optimize your campaigns based on the revenue generated by the game, country and the creatives you are using. Monitor the revenue for short periods of time (D1 – D30) but consider factors that may affect installs, including seasonality (more on this below).

7. Measuring the impact of cross-promotion on mobile

Cross-promotion can be a good source of free new installs and added revenue for your company. However, it can also affect the source game and, in time, exponentially decrease audiences.

Getting everything in place before starting cross-promotion may be time-consuming, but once that is done, campaign optimization and creatives require minimal resources.

Maximize Your User Acquisition Efforts with The UA Viability Calculator 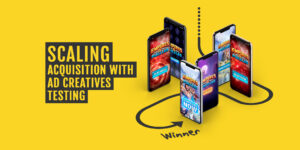 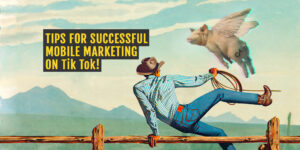