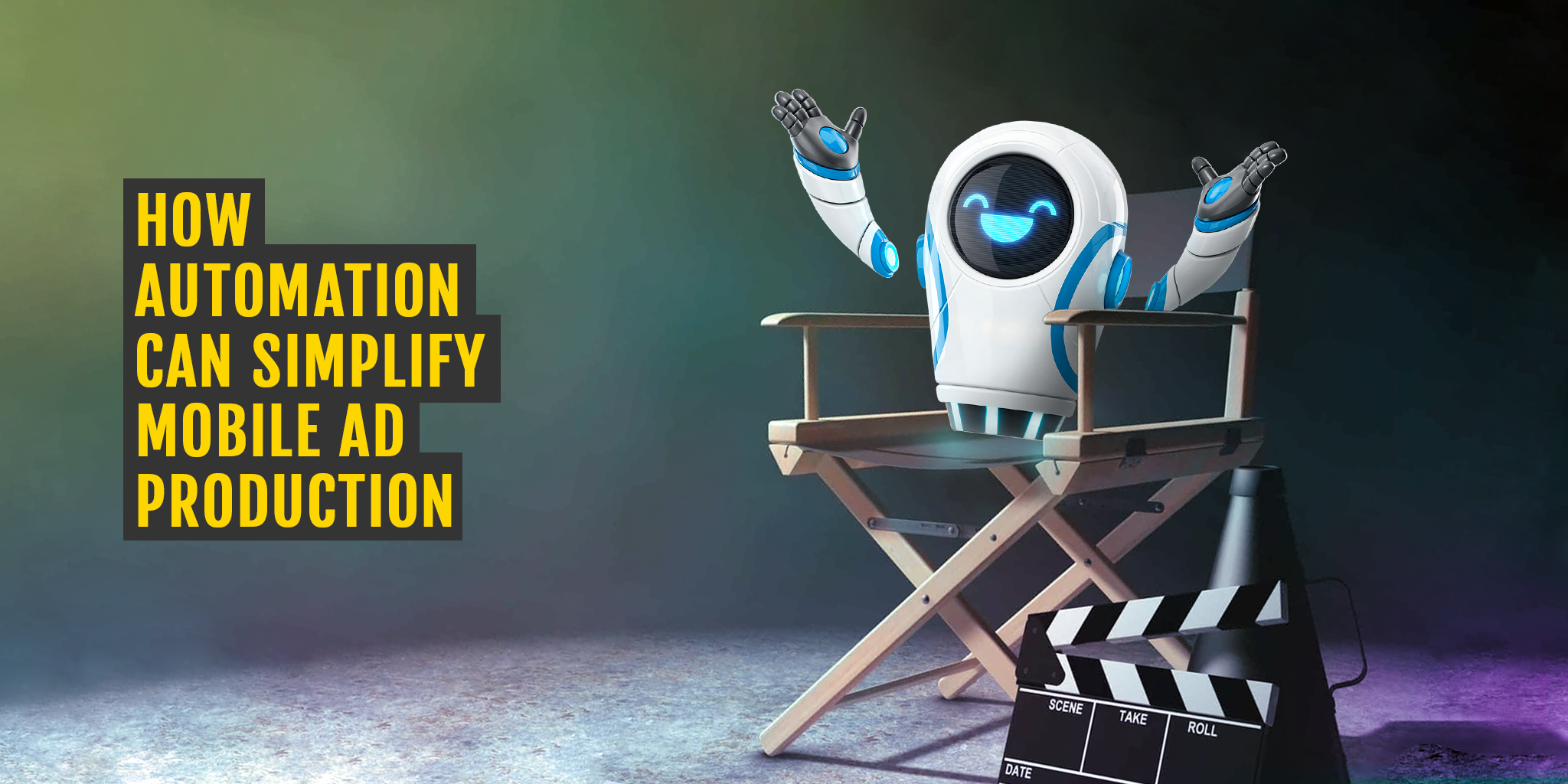 Every publisher has heard the phrase: “We need more ads and we need them fast!” over and over again from their user acquisition department. The fact is that mobile video ads are critical for effective user acquisition, however the production of these ads is heavily dependent on manpower. This is where automation can come in handy. Automation is a technical solution which helps generate a high number of video variants in far less time.
What are the two main types of automation we use at AppAgent?  When does it make sense to use automation? What are the extra costs and potential gains? All of these questions and more will be covered in today’s post.

Imagine you have to create four new ad concepts, each in multiple languages, currencies, formats and exports for various ad networks. In total, 432 ads and two months to meet the deadline. In such cases you either have to hire an army of motion designers to work around the clock or you have to crave efficiency, in which case you can simplify your life with a bit of code and automation. I’m not great at managing freelance motion designers, but I did excel at IT in high school, so I went for the latter option.

What is mobile video ads automation

Simply put, it’s a way to make the production of ads more efficient and flexible for future changes and iterations (more on production in the post about Ad Creatives Production Framework). Automation lowers the time needed for video production significantly and it saves your budget.

Some typical use cases are: changing the main hero characters in the opening sequence of a game video ad, alternating a gameplay sequence, using different packshots or music. Another great use is for ecommerce. You can very quickly change languages, promoted products, adjust prices and currencies, etc.

Platforms such as Smartly offer video automation templates, however, you are limited in creativity and the starting price of $5K a month might be discourating for many publishers. Also, FB Dynamic Ads offers similar functionality which works nicely for certain verticals (we successfully used these for Kiwi.com, a travel app). The downside is that it works only for static ads where you can change only images and copy. Because we all know that video rules the world, these are annoying restrictions.

Let’s have a look at two main types of automation that you can leverage to produce dozens, even hundreds of ads in a short time:

A method of automation that facilitates work in After Effects, where you can change the resulting video through built-in parameters (checkboxes, sliders, dropdown menus). Designers can switch quickly between several different parameters (colors, game heroes, packshot styles, text changes). Once everything is set within After Effects you can render each version of the ad manually. This setting can be saved in the rendering queue, but it is necessary to click each variant of the ad manually.

Advantages: Fast deployment of an existing ad that proved to work well with your audience. Easy video editing when the UA team requests some changes.

Disadvantages: Rendering and clicking on variants “manually”, detecting errors in the resulting videos is not easy. The project is managed only within After Effects.

This is a robust system in After Effects which is connected to a database such as Google Sheets and takes all parameters from a simple spreadsheet document. In Google Sheets, all you have to do is list all possible variations and let your computer render one version after another. Rendering is also automated. After Effects goes through the document and renders all variants one by one.

Advantages: Automated rendering, control over the video within Google Sheets, lightning-fast production once everything is set up.

Disadvantages: It takes longer to integrate this system into your existing ad and it’s better to start the project with automation in mind, otherwise you might need to completely redo it later. Also, the inputs need to meet predefined parameters such as dimensions of your new hero image or length of a new gameplay sequence.

Example: For Joom, an ecommerce application, we used automation to create ads in 8 languages, 3 currencies, 13 formats and export settings for 4 ad networks. Each master ad had over 100 versions for different markets, channels and placements.

What’s the use case for video creatives automation?

Automation makes sense when you know:

For the start, it’s important to have a very clear brief with the desired variants clearly outlined before preparations begin (more on that by my colleague Tina in this video). Typically, we at AppAgent start with the draft of the master ad and once that’s approved, we agree on all desired iterations that come from a basic breakdown of the key components of the ad:

Often the decision on what elements to vary and test is heavily dependent on the assets available. Clearly, the setup of an automated ad and all assets requires more time, anywhere from a couple of hours to even a couple of days in the case of a large catalogue of swappable assets. Automation saves you time and gives you the ability to test and measure tons of variants quickly, and then build new ads based on the results that tell you which components influence the performance the most.The benefits are clear – so give it a try!

Feel free to reach out to me at lukas@appagent.co if you have any questions or want to see how ad creatives automation can help your company.
If you’d like to learn some best practices for mobile ad creatives, check the post by Peter Fodor who greatly summarized a panel discussion at AGS Berlin.

📕 Learn more about industry insights and best practices by signing up for our newsletter here or by bookmarking our blog.

🤝 Get help with the launch of your app or game, growth strategy, app and marketing analytics, ASO, user acquisition, video and playable ads production by reaching us at peter at appagent dot co.

💡 Get inspired by Mobile Ad Eaters, a 7 min summary of the best performing as well as the most creative ads for mobile apps and games that have been aired recently. 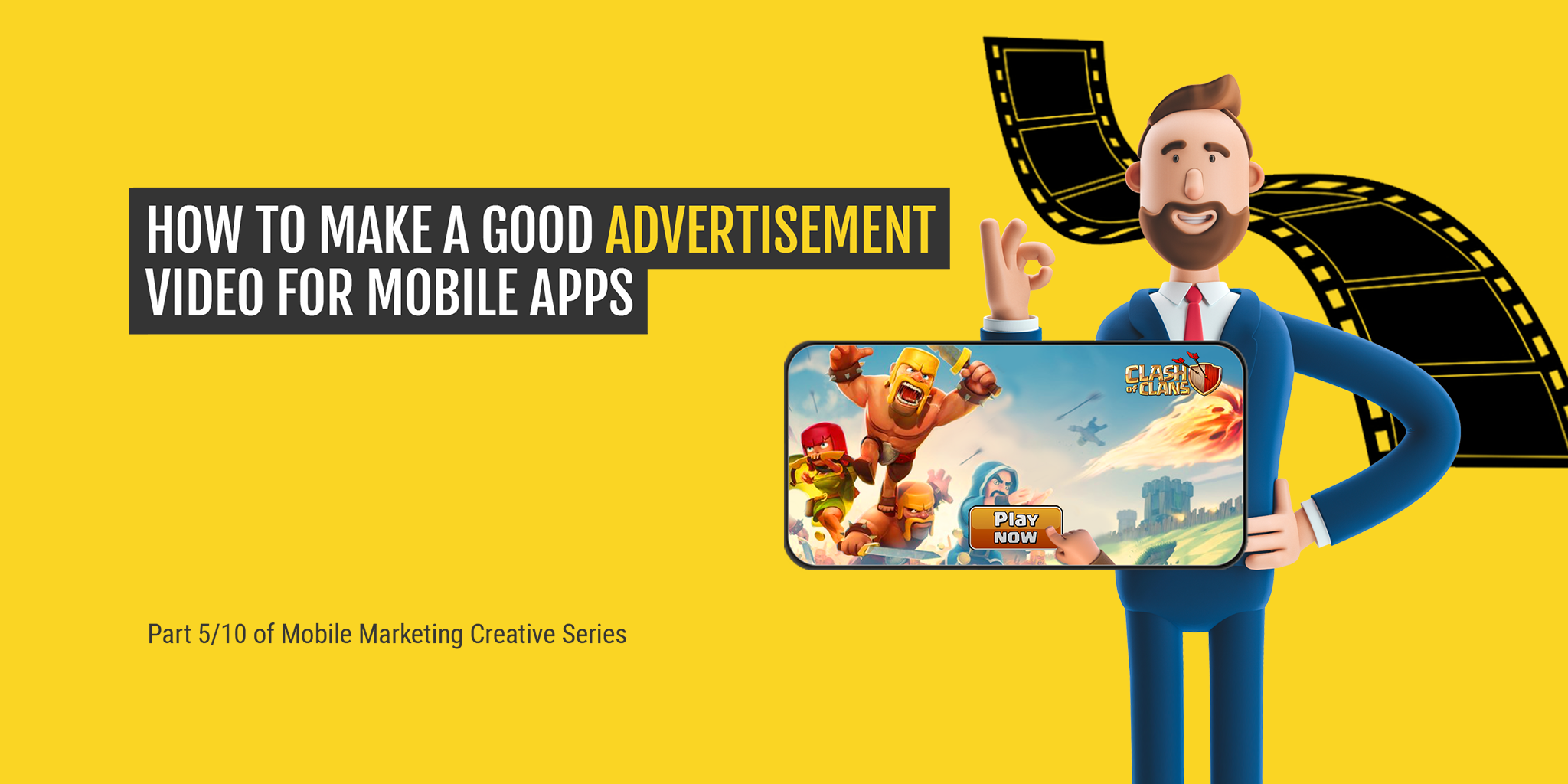 Welcome to the fifth part of our Mobile Marketing Creatives Series. In ten episodes, we aim to provide insight and inspiration on creating thumb-stopping visuals to promote your app.  Subscribe to AppAgent’s newsletter today, and you’ll never miss future episodes where we cover: defining your unique selling proposition, developing a creative strategy, fake ads, and best practices we have learned while working for top publishers such as Supercell, Small Giant Games, Joom or Kiwi.com.